During the summer term, children across KS2 applied for the position of Worship Leader for the 2021-22 academic year. We were inundated with applications again and, like last year, 12 children (three from each class in KS2) were chosen to lead the school.

During the Autumn term, we had the great pleasure of appointing new Worship Leaders - we were unable to appoint any last year. As part of their initial training, the Worship Leaders went along to St. Mary’s church and worked with the Shrewsbury Youth Mission team (as well as the Worship Leaders from St. Mary’s). Throughout the day, they learnt about key leaders from the bible and how their lives were focused on leading others in prayer. They also discussed the importance of prayer and how they can help lead prayer in school.

To finish the day, they created an action plan with Mr. Allen – highlighting the key events that they would like to share during the year ahead.

The Worship Leaders are due to lead a whole school prayer trail during Advent, but unfortunately, this could not go ahead due to the restrictions we had in place in school. 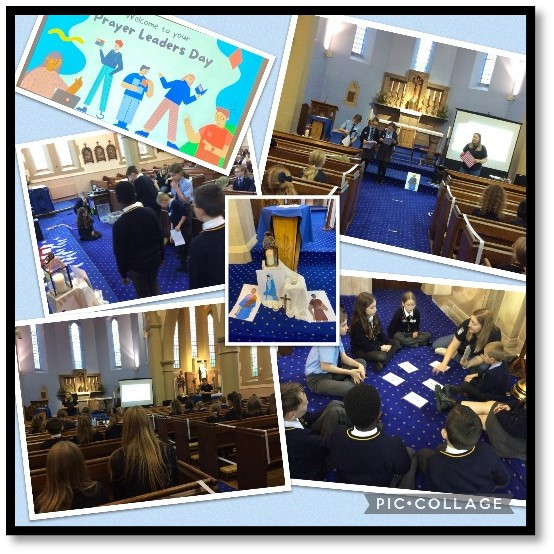 Eyes of the World Campaign - CAFOD

During November, the Worship Leaders led the children in in KS1 and KS2 took part in the Eyes of the World Campaign that was run by CAFOD. The campaign was focused on making the children aware of changes they can make to help the climate change crisis.

The campaign also highlighted the importance of the COP26 that was taking place in Glasgow. It focused on how the ‘eyes of the world’ were on the world leaders to come together and make a difference in the fight against climate change.