At St. Paul’s Primary School we aim to provide children with the opportunity to participate, compete in and enjoy a wide variety of school sports. Our vision is to create a positive environment in which children feel involved, engaged, challenged and safe.

We would like our children to develop their physical ability, tactical knowledge, leadership capacity, fitness and teamwork. We hope that our children will go on to be sporting stars of the future, at all levels and in a wide variety of sports including High 5, Football (Boys & Girls), Swimming, Cycling, Cricket, Tennis, Athletics and Cheerleading. The children have the opportunity to compete in both Tameside Sports and Tameside Catholic Schools Sports competitions.

All Pupils participate in at least two hours of PE per week through which we develop the six areas of activity as set out in the National Curriculum – Dance, Games, Gymnastics, Athletics, Outdoor and Swimming. From Year 4 the children are given the opportunity to swim at Hyde Leisure Pool and we aim for all pupils leaving the school to be able to swim at least 25m.

St. Paul’s were nominated for an award in the category of School Commitment to PE and Sport at the Pride of Tameside Sports Awards 2018. Unfortunately, we didn’t win an award but were incredibly honoured to receive the nomination; acknowledging the dedication of the children at St. Paul’s to PE and competitive sport.

The autumn term has been a busy term for sport at St. Paul’s. The mixed football team have qualified for the quarter finals of the Tameside cup after a thrilling victory against St. Mary’s. The quarter final will be played early next year. The girl’s football team took part in the TCSSA indoor football competition; finishing in third place. Overall, we have had 29 boys and girls from Y5 and Y6 represent St. Paul’s in football, many of whom made their debut for school.

The girl’s football team competed in the TCSSA indoor football tournament and played incredibly well; finishing in 3rd place – 1 point off second. The girls in Y5 and 6 have been an inspiration to the girls in Y3 and 4. During this term, we entered our first festival for the Y3 and 4 girls. It was a brilliant, friendly competition which they all played with wonderful enthusiasm. 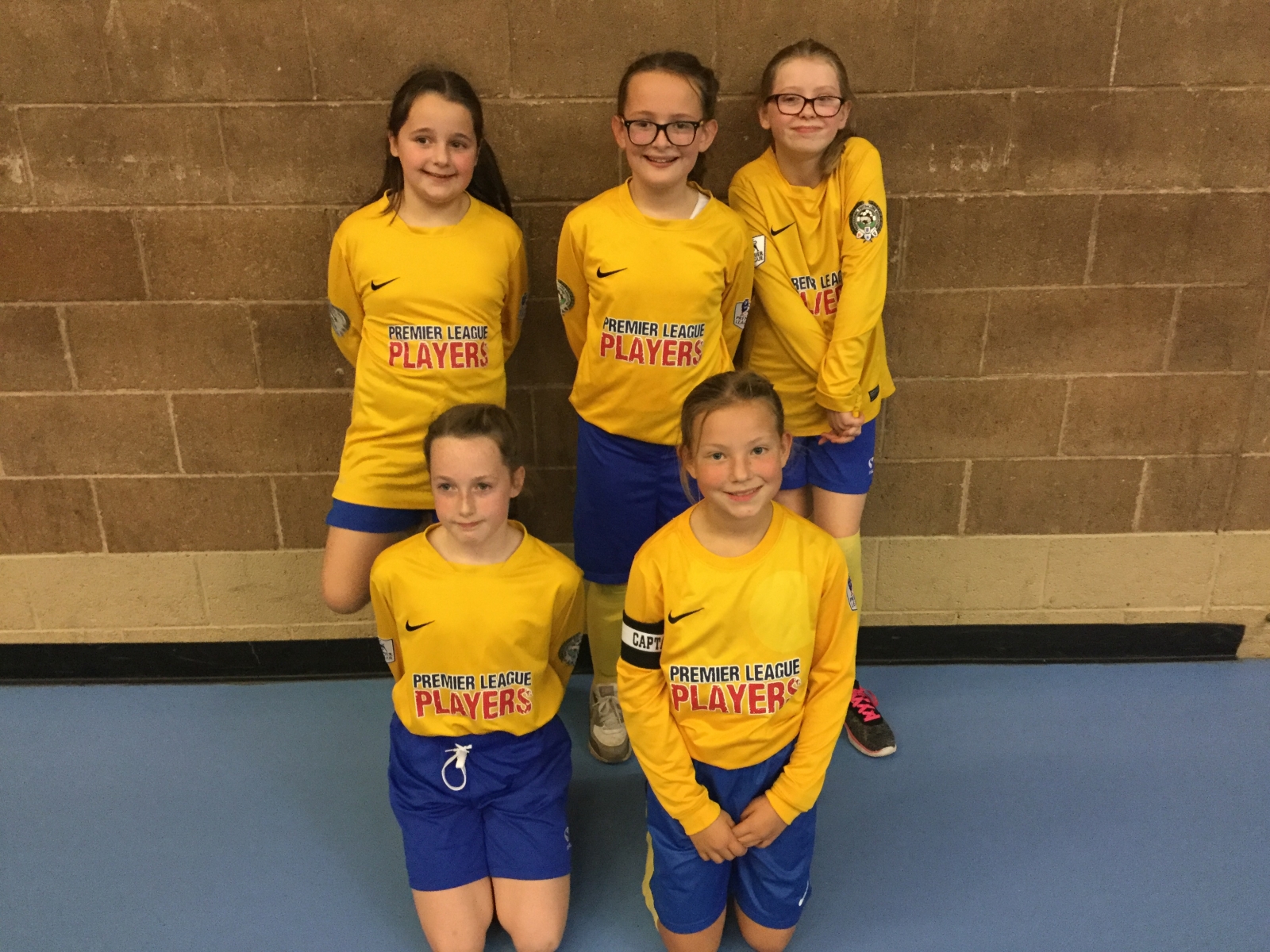 We had another excellent turnout for the TCSSA cross country. Unfortunately, the Tameside, Saturday morning cross country could not go a head this year but hopefully this will be rearranged for the new year.

The highlight of the term however, was the outstanding performance by the school tag rugby team, who won the Tameside School Games tag rugby competition against very tough opposition. The team won their heat and qualified for the finals without conceding a try. The finals however, were a much more challenging afternoon; playing against some very talented schools. The children played with unbelievable team spirit and resilience – beating Manchester Road in a brilliant final. Not only are they now Tag Rugby Champions of Tameside, they will also be representing Tameside at the School Games in March. 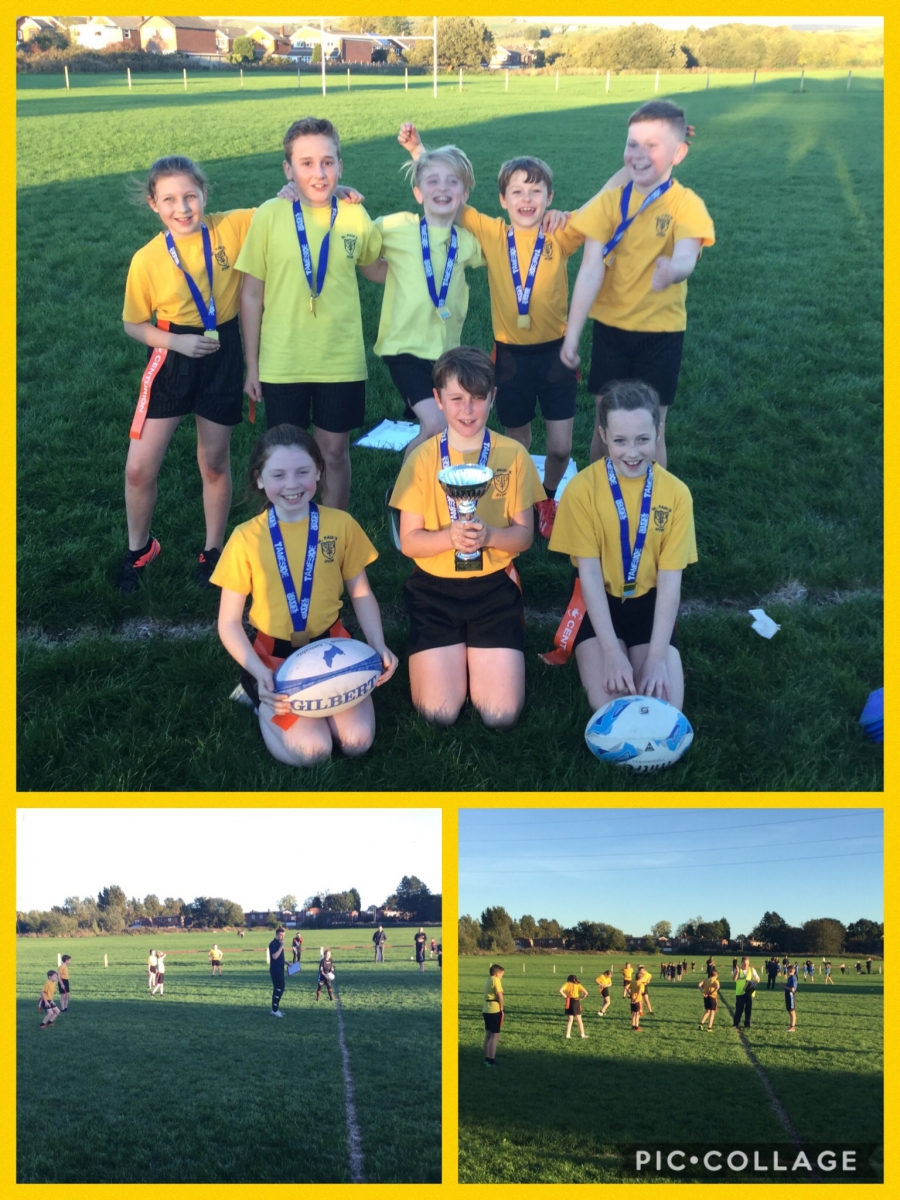 Following their success in the School Games tag rugby competition, the team took part in the TCSSA competition. With confidence high and playing some excellent rugby, the team continued their success and beat St. John Fisher in the final to become a double cup winning team. A special thanks to Mr Lutman who shared his coaching knowledge and expertise with the team throughout the competition.

We have also continued to take part in the Hyde Cluster sports events: basketball, ultimate dodgeball and volleyball; finishing 2nd in the latter.

I am delighted to inform Governors that this term has been a very successful term for St. Paul’s.

This term the Cheerleading squad have been working hard on their routine and competed in the TCSSA Cheerleading competition and finished a very respectable 3rd.

We also held swimming trials for the children in Year 5 and Year 6 for a place in the swimming team. It was a brilliant experience for all of the children who took part. The children, who were selected, then took part in the TCSSA swimming gala; winning the Girls’ trophy and coming 2nd overall. The children we a credit to the school and their parents.

We have continued with the Hyde, TCSSA and Tameside sports; entering as many competitions as time would allow us. Last term, we took 56 children from across KS1 and KS2 to an Urban Dance competition at Copley Recreation Centre. The children performed brilliantly and the KS1 dance squad came second in their respective age group.

A number of KS2 children took part in the Tameside Cross Country qualifiers. They all ran really well and congratulations to Joseph (Year 6) who qualified and represented Tameside in the Greater Manchester Cross Country event at Heaton Park. 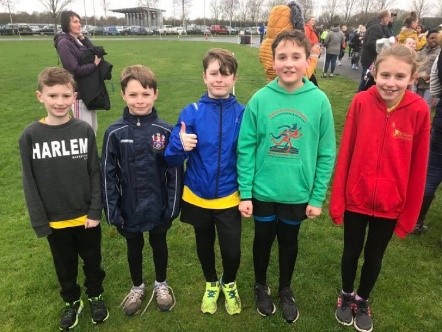 Finally, after our success in the Tameside Tag Rugby competition, we qualified for the Manchester Winter Games. The children attended the opening ceremony at Sport City and then travelled down to the Armitage Centre for the competition. The children played incredibly well and after winning three and drawing one game in the group stages, we qualified for the quarter-final. Again, the children were superb; winning 2-0 and qualifying for the semi-finals. This was a very tense game with two very evenly match sides and in the dying minutes, St. Paul’s took the lead and managed to hold on; winning 2-1 and qualifying for the final against a school from Leigh.

Unfortunately, they were a very strong team and try as we did, we ended up losing 3-1. Their achievement this year has been truly amazing. They have made school and their families very proud. A silver medal in such as prestigious competition is a wonderful achievement.

A special thank you to Mr Lutman who gave up his time to coach the children during lunchtime in the lead up to the competition and helped coach during the competition. 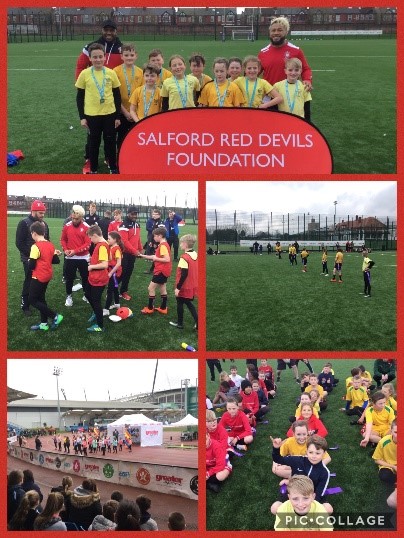 This weeks NUMBOTS and TTRS champions are..., by Mrs McGowan

The weekly TTRS and NUMBOTs champions are..., by Mrs McGowan

There are no blog items to display

There are no Gallery items to display

Parents Evenings for Year 1 to Year 6, by Mrs Clowrey

Breakup for Easter at 3.15pm - end of the Spring Term, by Mrs Clowrey